Expensive A/C Bill? Here Are Some Quick-Tips to Save You This Season!

In the typical home, air conditioning uses more electricity than anything else-
16% of total electricity used.  In warmer regions AC can be 60-70% of your summer electric bill, according to Austin Energy.  This is where the savings are folks, not in worrying that you left your cell phone charger plugged in too long. 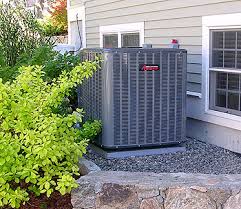 The easiest way to save is to run the AC less often, and to dial the temperature up a degree or two when you do run it.  My tips below show you how to be comfortable at warmer temperatures.  I use these tips myself, and as a result I save hundreds of dollars every summer.  I could take a trip to Las Vegas every year from what I save by not using AC.  Even if you’re determined to not use your AC any less, we’ll cover ways to keep the heat out of your home, and more efficient air conditioners, which can still save you money.

Making do with less air conditioning.
1. Raise the temperature:
Is raising the thermostat a degree or two really gonna kill ya?  I don’t turn on my AC unless it’s more than 96 degrees outside, and then only if my computer is running.  Each degree below 78°F will increase your energy use by 3-4%.  Follow the other ideas in this section, and you’ll feel cooler at warmer temperatures.  Remember, only losers set their AC below 80.
2. Install ceiling fans if you don’t already have them:
Fans can make you feel 3 to 8 degrees cooler, allowing you to dial your AC to a higher temperature and still feel just as cool. Put the wind-chill factor to work for you!  And ceiling fans are cheaper than you might expect to run: they usually cost less than a penny an hour. (A typical 36″ / 48″ / 52″ ceiling fan uses about 55 / 75 / 90 watts of electricity respectively at the top speed.) Central AC costs seventy times more to run than a fan.Don’t underestimate the importance of ceiling fans!

3. Make sure your ceiling fans are spinning the right way:

Make sure your fan is blowing DOWN, to send air past your body, removing the hot air that surrounds your body. If your fan is blowing up, it won’t do any good.  In fact, it’s worse than no fan, because it moves the warm air at the ceiling back down towards the living area.

(It’s true that a fan that blows down also pushes the warmer air down from the ceiling into the living area, but it’s blowing even warmer air away from your body, so the overall effect is to cool you down.)

Almost all fans have a switch to change the fan direction.  It’s an up/down or left/right switch on the side of the fan (between the light and the fan blades), and it’s usually unlabeled.  Make sure the fan is off (not spinning) before you flip the switch or you can damage the motor.  Once you’ve turned the fan off, it’s fine to physically stop the blades with your hand, just be gentle so you don’t bend the blades, otherwise the fan will wobble when you turn it back on.  With the blades stopped, flip the direction (summer/winter) switch, then turn the fan back on.

So how do you know which direction is up and which is down? For most fans, when you’re standing under the fan looking up, counter-clockwise blows down and clockwise blows up.  Check by standing under the fan when it’s on full-speed.  If you can feel the wind hitting you hard, then it’s blowing down. To verify, stop the fan, change the direction switch, then turn the fan on full-blast again and compare the difference.
The Air Conditioner Itself.

4. Use and A/C timer or smart thermostat:

For window unit AC’s, many modern units have a timer built in.  If not, you can use a simple plug-in timer if your AC has a mechanical On/Off switch (i.e., you physically move it into a different position when you turn the AC on).  But plug-in timers usually don’t work if the On/Off switch is electronic (i.e., you push a soft button on a panel to turn the AC on or off).

Set your timer or thermostat to turn off about the time you leave for the day, and to turn back on a half hour before you get home. Contrary to popular belief, this does NOT use more electricity than having the AC constantly maintain a cool temperature; it uses less.

It’s a myth that it takes less energy to run the AC all day, rather than leaving it off and turning it on when you get home.  Running the AC all day when you’re away definitely uses more energy, no question.
The reason is that with the AC constantly running, it’s constantly cooling your home, making it a heat magnet.  Heat goes to where it’s not, so when your house is cooler, more heat will try to enter.  So more heat gets into your house, and the AC has to remove that heat, over and over again.

But if you leave the AC off, then the house will heat up during the day and then stop heating up. It’s already hot so it’s no longer a heat magnet.  When you get home and turn on the AC, the AC has less total heat to remove than if it had been running all day.
Yes, I’ve tested this, of course.  In my test, running the AC all day used 317% as much electricity as waiting until after work to turn it on.  It was a pretty crude test and I won’t be surprised if the typicalpenalty is actually much lower, but the point is, there’s definitely a penalty by running the AC all day.  I hope readers will run their own tests and let me know the results.

5. Clean the filter:
Clean or replace your AC filter every month.  A dirty filter makes your AC work harder, which uses more electricity.  Your home improvement store sells permanent filters which you can easily rinse off so you don’t have to replace the filter each month.

Before replacing your existing central AC, consider the alternatives to a traditional AC listed in the special section below. They include room-by-room systems (so you don’t have to pay to cool the whole house if you’re using only part of it), whole-house fans, and geothermal systems.

If you’re determined to keep using a traditional AC, then use an efficient one.

Energy Star models use 15% less energy than other new models, and up to 30% less than models ten years old. (EPA)

Whatever system you get, look at the energy ratings (SEER for central systems and the EER rating for window units). The higher, the better. SEER 13 are 30% more efficient than SEER 10. (EPA)

As of 2006, AC’s must have a SEER of at least 13, although they go as high as 19. Both the inside and outside units should be a similar SEER for best efficiency. (See more about SEER from AC Doctor.)

Whatever you get, make sure your AC is sized properly.

7. Don’t oversize when you buy a new unit:

Bad HVAC contractors will try to sell you oversized equipment, either because they’re upselling or because they’re using old-school rules of thumb for sizing rather than modern load calculations.  Buying a system bigger than you need is just wasted money.

8. Shade your condenser or window unit:

Condensers in the shade use up to 10% less electricity than those in direct sunlight.

Tall grass and other debris on or around the condenser can restrict air flow and use more electricity.

10. Clean the condenser and evaporator coils at the beginning or each season:
You can wash the fin coils on the outside with a garden hose. Unless you know what you’re doing, have the coils on the inside serviced by an AC specialist. 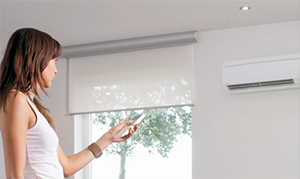 Mini-split systems are neat. You have an outside condenser, like with a central system, and that runs directly to a cooling vent in each room — without any ductwork. Think of it as a window-unit AC that you mount on the wall instead of the window, and which is a lot smaller since the actual cooling apparatus is located outside. These save a lot of energy compared to central systems because you cool only the rooms you need to cool rather than the whole house, and because there are no energy losses through ductwork in a hot attic.

A whole-house fan is a large fan that mounts in your ceiling. It draws in fresh air from open doors or windows into the attic, where it’s then pushed out through attic vents.  This creates a cool breeze through your house, and at the same time gets the super-hot air out of your attic.
H.O. Services is proud to offer solutions and accomidate all jobs as described above. While we hope that this has  been helpful for home owners from Seattle to Florida we are have been proudly servicing the Greater Boston area since 1990!